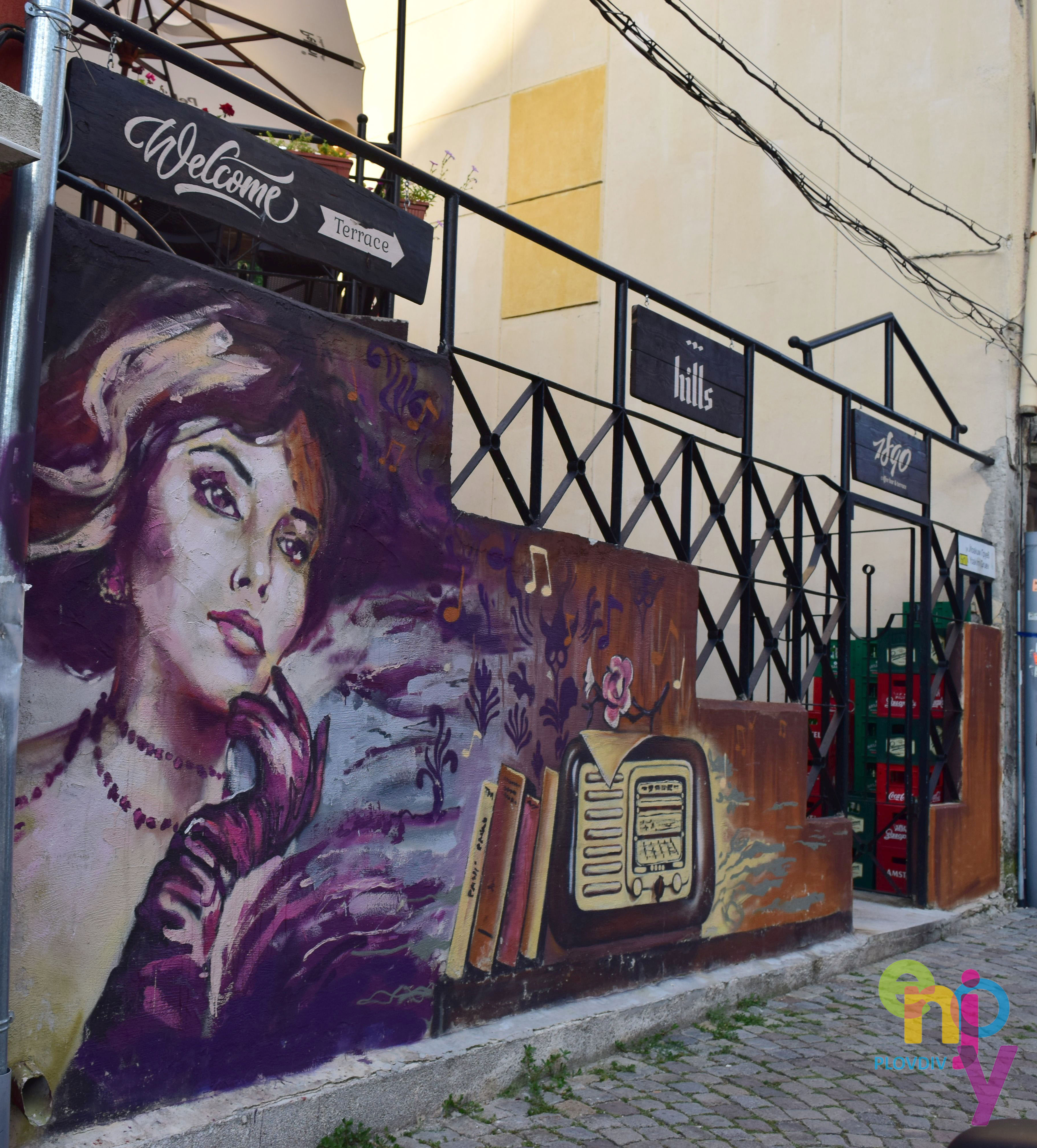 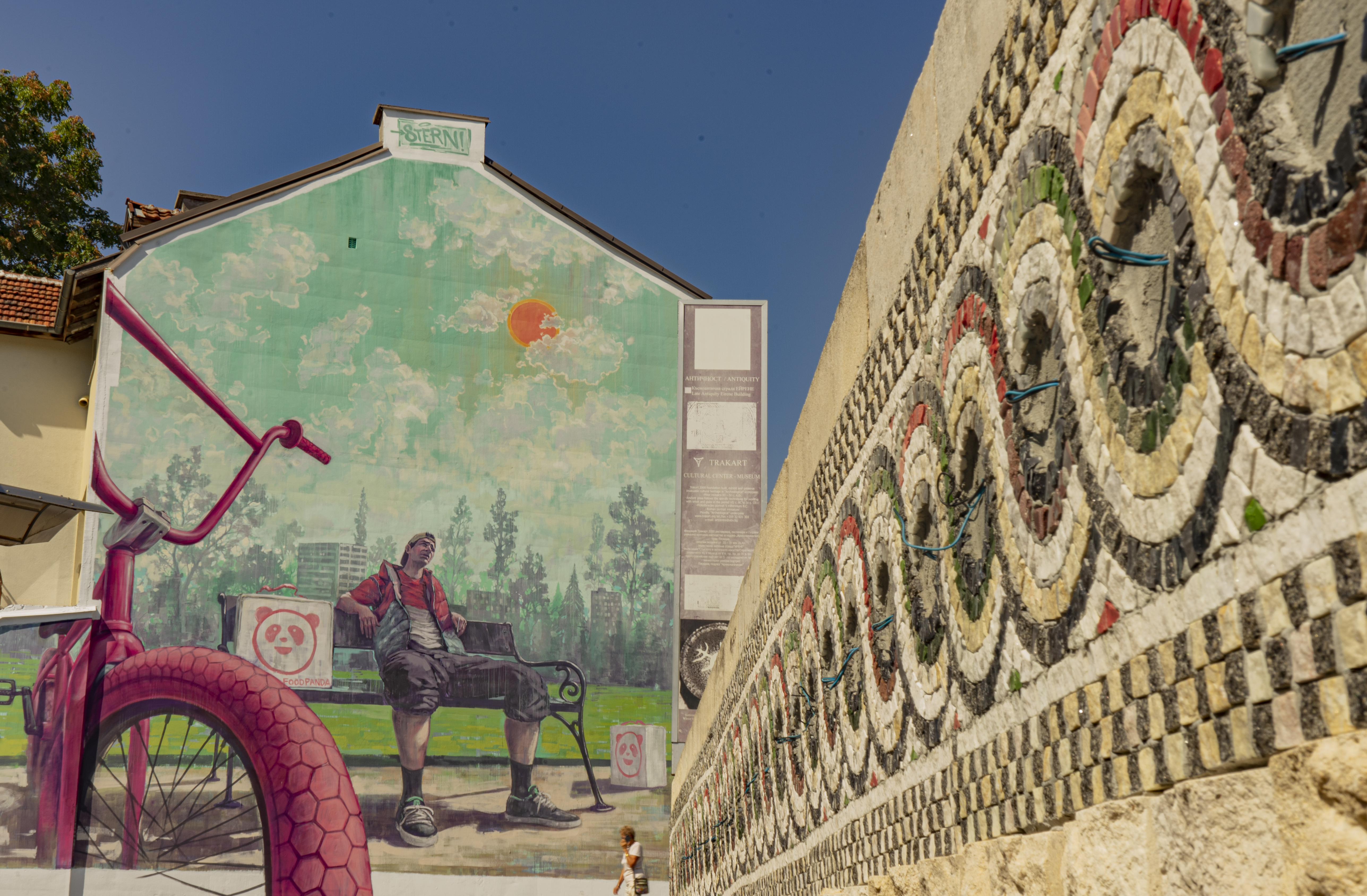 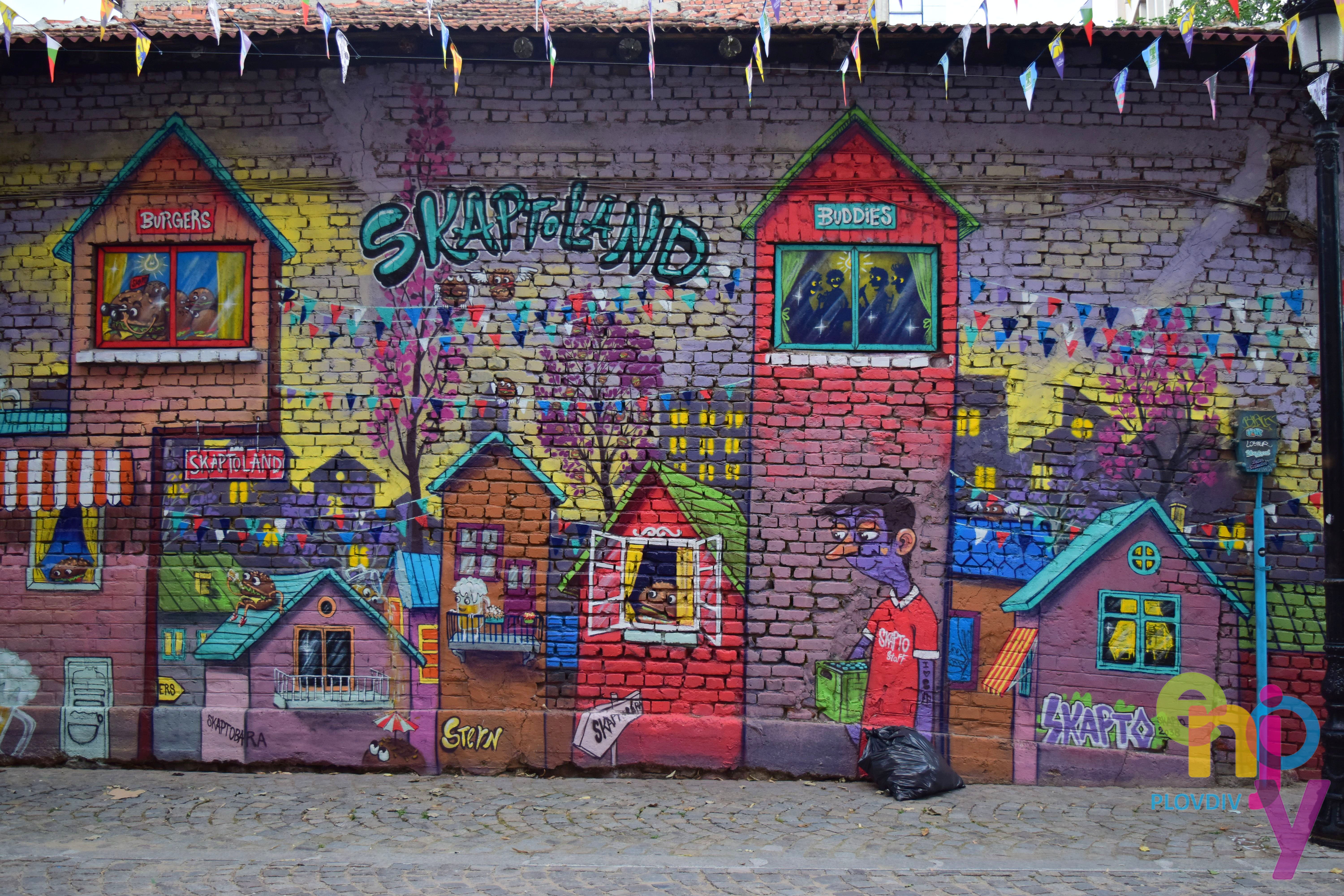 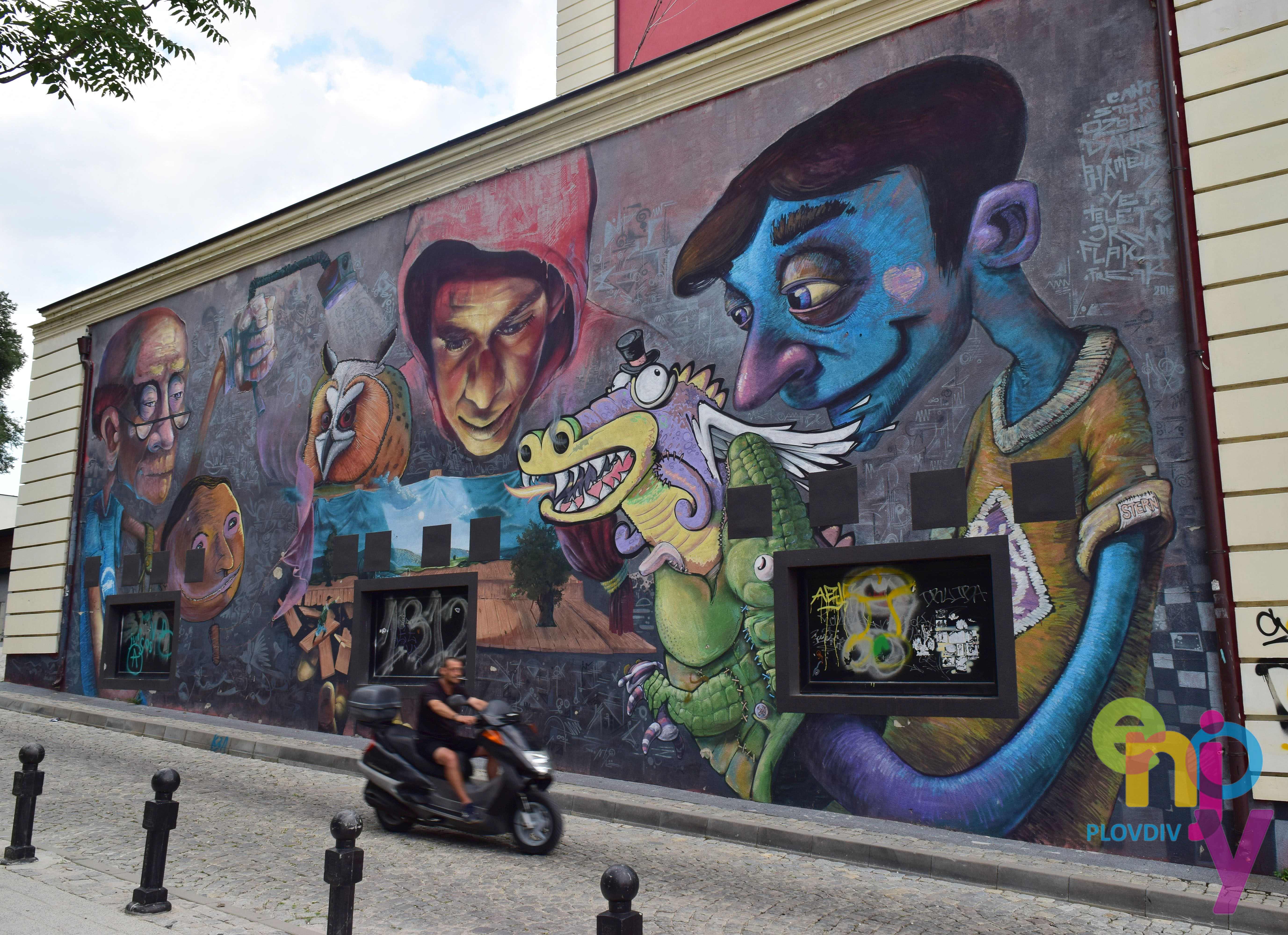 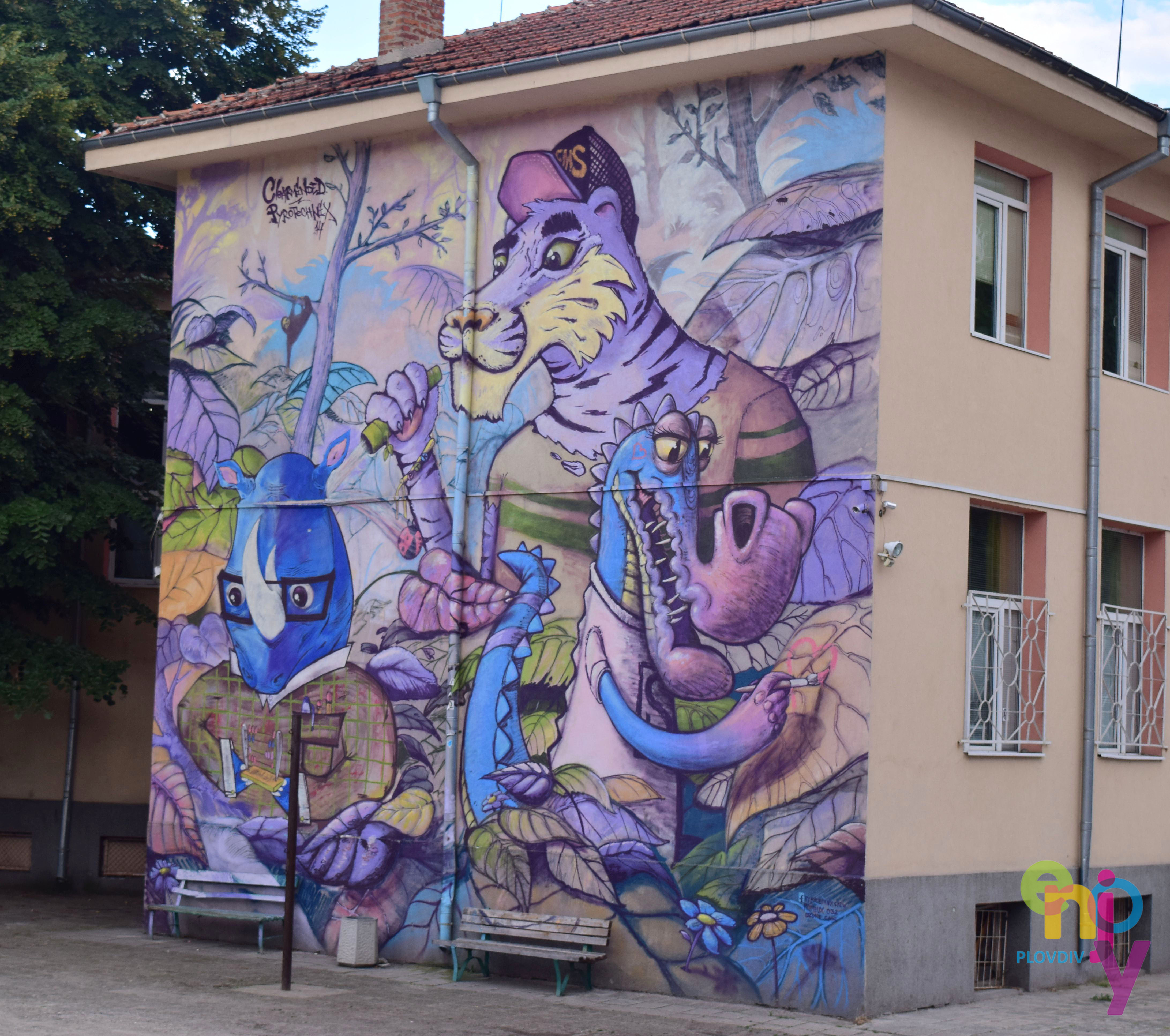 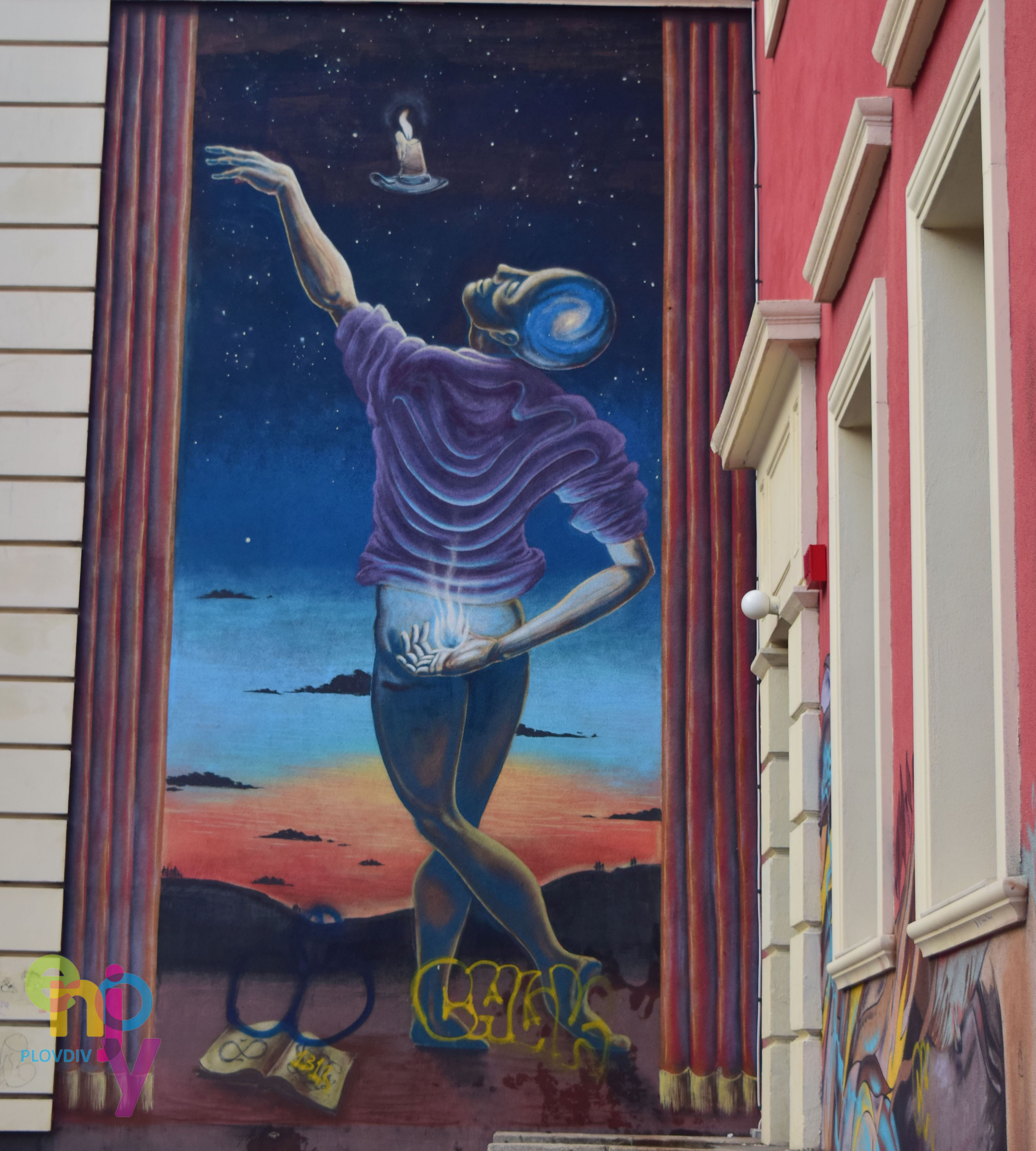 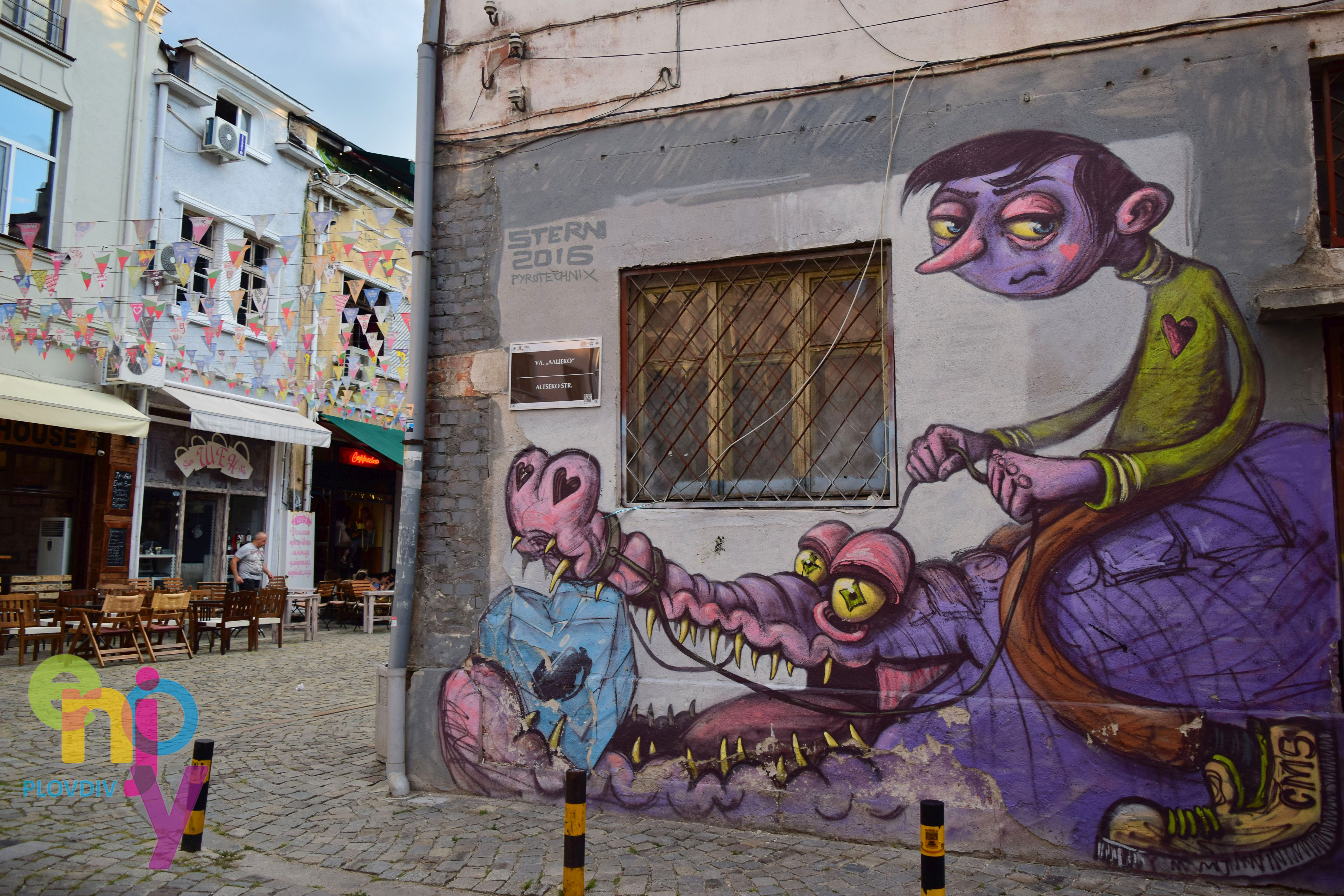 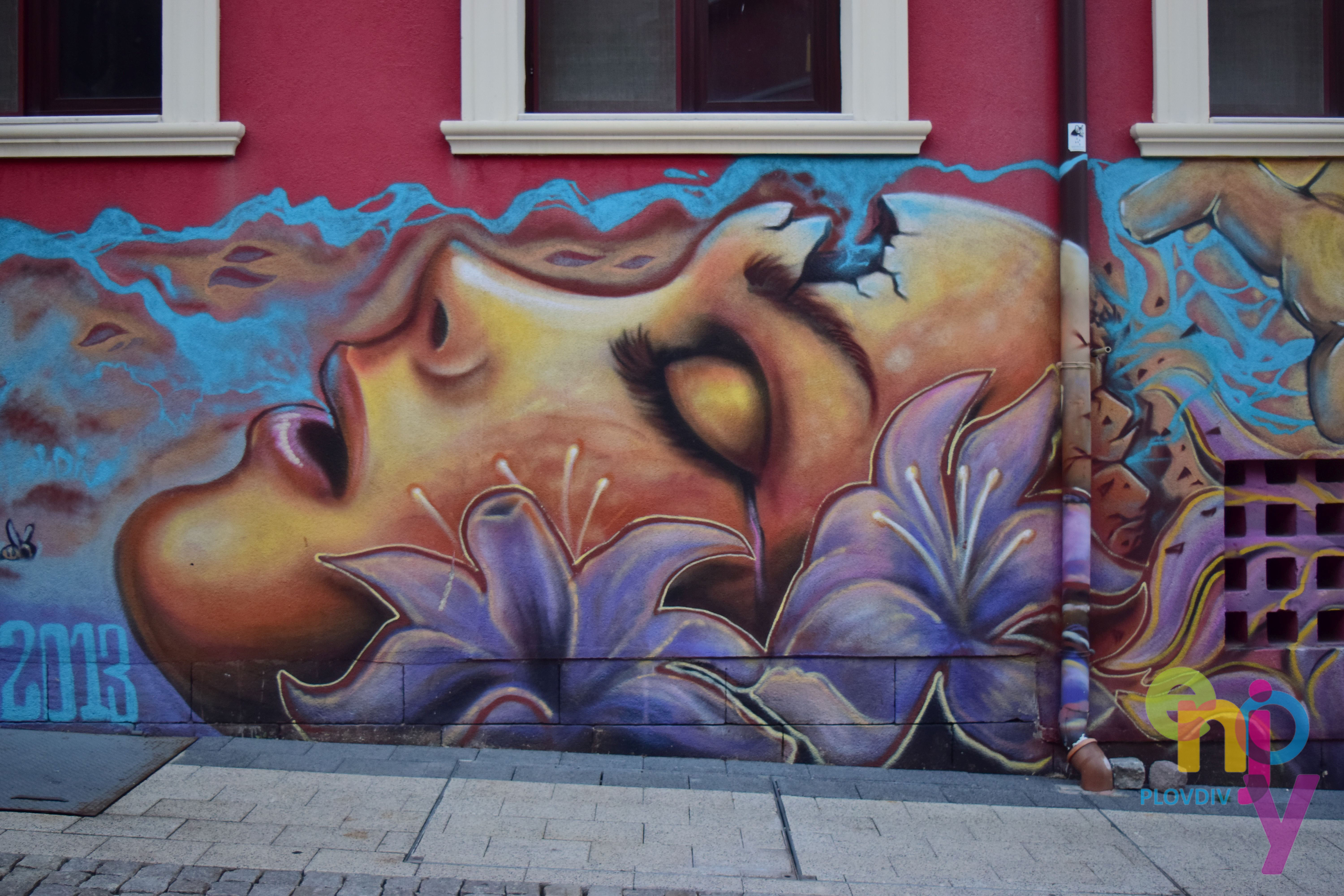 A full-day detailed tour for acquaintance with the graffiti scene in Plovdiv. You will experience remarkable works that will give your Instagram a new life. The Bulgarian Capital of Culture offers some of the most picturesque and striking wall paintings, and the artists have their own style and storylines and form the unique and vibrant Plovdiv school.

The graffiti are located both at the pedestrian center, Kapana and the Old Town, as well as in the districts. The masters of graffiti make all the surfaces they touch to create joy and mood.

Plovdiv is a huge gallery of street art. The paintings are painted on the rocks, on the huge blocks of flats, facades of schools, shops and garages, on the walls of underpasses and road junctions, on state institutions and abandoned buildings. The trains and the vicinity of the railway stations are not “spared”. Some of the works are easy to find, others are in hard-to-reach places. Around them, unexpected views and panoramas are revealed.

• See the most beautiful modern graffiti of the European Capital of Culture 2019.

• Discover the work of several generations of distinguished artists in Plovdiv - from the middle of the twentieth century to the present day.

• A detailed tour of the wall paintings created in little known places on the outskirts of Plovdiv.

• Immerse yourself in the hidden world of the most popular graffiti.